A lot of us here when asked to talk about race are most comfortable, or least uncomfortable, talking about it in the language of scandal. It’s so satisfying, so clear, so easy. The wronged. The evildoers. The undeserving. The shady. The good intentions and the cynical manipulations. The righteous side talking, the head shaking. Scandal is such a helpful, such a relieving distraction. There are times when scandal feels like the sun that race revolves around.

—Claudia Rankine, introduction to The Racial Imaginary: Writers on Race in the Life of the Mind

Last week, I had a chance to attend a craft talk and reading by our Visiting Writer, Claudia Rankine. During her visit, she talked about the importance of poets and writers creating writing that confronts the divisive topic of race in order to place race within the context of conversation, rather than reducing any writing which addresses race to mere “political writing,” as if all writing isn’t political in one way or another. In addition, she discussed how writers of color can use their work as a way to bring readers into an actual moment, so that an audience can feel their experiences, rather than imagining them; this gives writers of color agency within their work and control over their own narratives. Rankine also mentioned how these same narratives often go overlooked or become lost within a white supremacist worldview, as those who are living and experiencing microaggressions from the margins go on to feel invisible. These microaggressions are often brushed off or normalized, while minority narratives risk erasure and displacement. In turn, by writing about race, writers of color can create visibility for these absent narratives and fill the gaps in societal representations and understandings of race.

Claudia Rankine also suggested that both white writers and writers of color ask themselves what assumptions they have when they are writing about race, whether it be their own race or that of the Other. After Claudia Rankine’s visit, I found myself questioning my own place as a South Asian woman writing about my own cultural identity in an MFA program. Being a Bangladeshi-American woman and a first-generation immigrant, I often question whether an MFA program is a place that I have permission to occupy. Such spaces are claimed by white writers and poets whose skin color offers them a type of visible credential for legitimate written life experiences. But I often wonder if being a South Asian woman in a white-dominated field means that I have to uphold a certain standard of brown authenticity within my work, given that there aren’t many South Asian people that I know who choose to get an MFA. I wonder if that makes me a “bad South Asian” by not choosing a “real field” of model minority study, such as medicine or engineering, where we’re “supposed to” belong, according to racial stereotypes. I wonder what type of obligations this comes with as a writer: whether I can utilize Bangla within my work only if it is translated by the surrounding English text within a timely manner in a piece of poetry or prose, or if certain racial language isn’t acceptable, due to any offensive reactions it could attract from a white audience. Or the possible criticism from a South Asian audience, who may think I’m offering a white-washed narrative in place of the uncensored one, strained with the pain and anger attached to a brown body in the aftermath of post-9/11 America. 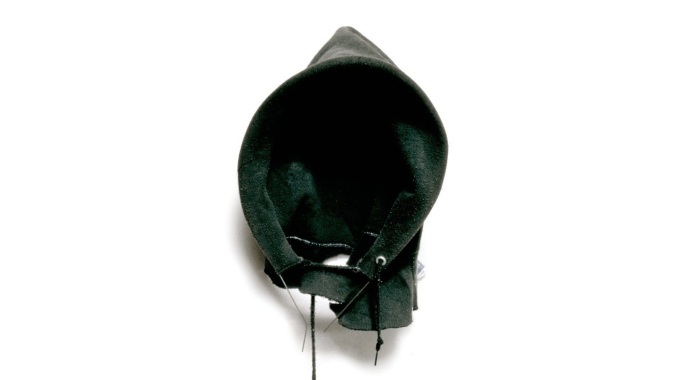 “I feel most colored when I am thrown against a sharp white background.” —Citizen

During her craft talk, Claudia Rankine also mentioned how no one in the audience brought up the word “white” when she asked us what came to mind when we thought of the word “race.” She said there’s this prevailing notion that white isn’t a race—instead, whiteness is seen as the norm, the universal, the ideal standard of life, the marketable image of beauty. Whiteness is the standard set for superiority, and it’s one that’s become ingrained in the minds of people of color, who have been conditioned to think that a lack of whiteness implies a deficit, a failure. It instills a sense of self-hate and cultural shame within us.

I’ve lost count of the number of times someone has asked me, “What are you?”—as if any mention of the words “race” and “ethnicity” in their inquiry about my racially ambiguous identity was too unpalatable for the American tongue. It reminds me of middle school and high school, which were all within a few years of 9/11. I used to take pride in passing as a different ethnicity, one where people didn’t think I was the wrong kind of brown—the kind that got called a terrorist and a dot head and had their baggage inspected on routine at the airport. I was the whitewashed kind of brown that tried to be like the white kids, despite being hated by the white kids, who continually reminded me that I could not be one of them. Throughout the years, my white friends and peers have told me how I’m basically white anyway, how Indian and Bangladeshi are the same thing, how they want to hear me say my name “the real way.” It has been 14 years since 9/11, but I still ask myself from time to time whether being invisible is better and less painful than being the wrong kind of brown.

Near the end of her craft talk, Claudia Rankine mentioned that when writers and poets of color write about race, people often consider them to be coming from a place of anger; but it’s not necessarily anger—it’s profound loss. It’s profound sadness and disappointment, especially when microaggressions are committed by people we care about and respect. It’s how I and other writers of color feel when we write about race, in hopes that someone is listening.

Anuradha Bhowmik is a Bangladeshi-American poet and writer from South Jersey. She is the poetry editor for the minnesota review and a first-year MFA candidate in poetry. She graduated from the University of North Carolina at Chapel Hill in 2015. Anuradha has been awarded a Grin City Collective Emerging Artist Residency, as well as scholarships to the New York State Summer Writers Institute and the Fine Arts Work Center in Provincetown. Her poetry and prose have appeared or are forthcoming in The Boiler, Origins, Pithead Chapel, Lunch Ticket, Star 82 Review, Lumen, Word Riot, and elsewhere.

46 thoughts on “On Writing Race”

the minnesota review is a journal featuring creative and critical work from writers on the rise or who are already established. We accept and review creative work from August 1 to November 1 and from January 1 to April 1. We review critical submissions year-round.