This week, the minnesota review presents David Kirby, the Robert O. Lawton Distinguished Professor of English at Florida State University and author of several books, including Get Up, Please.

What is your go-to pen(cil)? I’m a Pilot G-2 Retractable Gel Pen man, myself. The G-2 has a nice wet tip, but it’s retractable, which means you can click the pen nervously when you’re not writing—which, let’s face it, is most of the time.

Most beautiful word in all the world: “Waffle.” And the two most beautiful words are “waffle maker.” Recently I was staying at the Holiday Inn in Hattiesburg, MS, and I didn’t want a waffle, but I love to work those waffle makers, so I made waffles for the other guests.

Alter ego: An almost-exact version of my present self, one that’s not too bright, though, and always in high spirits. He’d take care of the shopping and cooking and bill-paying while I live the literary life. I’ll do the readin’ and ‘ritin, and he’ll do the ‘rithmetic.

What’s for dinner? Let me ask my alter ego. Okay, he says he’s making that fettuccine with shrimp and goat cheese. You know, the one with cherry tomatoes and basil and lots of olive oil and red pepper? But only because I told him to. I’d like to send him out for a 2010 bottle of Brunello di Montalcino, but he’s not that great a driver.

What’re you reading? I’m reading a ton of online poetry as I seek craft poems for my next workshop. My favorite recent discovery is a poem called “Fack” by Dzvinia Orlowsky; among other things, it’s about the way her immigrant father used to mispronounce a popular English curse word, if you get my drift. As far as books go, I’m reading Paul Lynch’s novel Grace, which is about a young Irish girl whose mother cuts her hair, dresses her as a boy, and sends her wandering during the Great Famine. The last truly great novel I read is Paul Auster’s 4 3 2 1. I’m also reading a ton of true-crime books, not so much to figure out what makes people bad but to understand how the rest of us manage to stay good in a world with so many pitfalls in it.

Who is your most recent writer crush? The best writer in the world is an Englishman named Robert Macfarlane. He’s an explorer who searches for the wild places that are rapidly disappearing. His best book is one called Landmarks, in which he searches out old timers, many of whom are barely literate, and writes down the names they give him for the different trees and tides and currents. What Macfarlane does is to create a world like no other inside this one. I’ve got a big file on him, and I want to write an essay that will introduce this relatively unknown writer to others who will come to love him as I do.

Song lyrics stuck in your head: go. The last two verses of William Blake’s “Jerusalem,” which is actually a poem, though it’s been set to music; I heard Allen Ginsburg sing it a couple of times in performance.

Bring me my Bow of burning gold:

Bring me my arrows of desire:

Bring me my Chariot of fire!

I will not cease from Mental Fight,

Nor shall my sword sleep in my hand:

Till we have built Jerusalem,

Sometimes if a class is dozing, I’ll jump up and belt out these lines. I always substitute “Tallahassee” for “England in the last line, though.

You’re a new addition to the Crayola box. Congratulations. What is your new name Kirbtastic? No, wait—Kirbalicious! This is a question intended to bring out the worst in one. Still, as my father used to say, “He who tootheth not his own horn, the same shall go untooteth.”

What are you putting off? Nothing, really. I try to do a little of everything every day. Of course, this means that nothing ever gets finished, but that’s not the question, is it?

What was the last gift you gave someone? We have a lot of hurricanes here in Florida, which means the lights are always going out. So I gave American poet Barbara Hamby a miner’s headlamp. She looks pretty sporty in it as she dips her quill pen in the inkwell and fills sheet after sheet of foolscap with these really great poems about everything under the sun. You asked earlier who my most recent writer crush is, but Barbara will always be my all-time writer crush. She’s also my all-time crush-crush, but I’m trying to keep literature and life separate. As if that were desirable. Or possible.

What were you like as a college or graduate student? Oh, I was adorable, I’m sure. Actually, I was a knucklehead, as many young men are. Kenneth Koch wrote a poem called “To My Twenties” that includes these lines:

What you gave me you gave whole

But as for telling

Me how best to use it

You weren’t a genius at that.

Sounds about right, huh? These days, I’d like to think I still have that young man’s spirit in me but that I know who to use it better.

Here’s your free ticket. Where are we going? Can we travel through time as well as space? I see myself lounging on some street corner in Florence in the last days of the thirteenth century as Dante walks by. I wouldn’t want to talk to him; I’d just want to get a feeling for what it was like for him to be a poet in his time. I bet his pasta and my pasta wouldn’t be the same pasta, huh? I bet his would just have cheese on it and a little pepper, and a generous dash of hellfire. 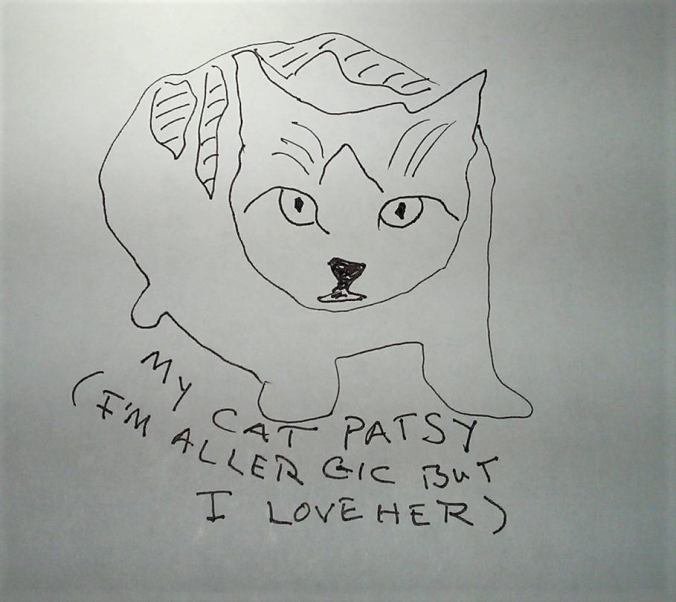 David Kirby’s collection The House on Boulevard St.: New and Selected Poems was a finalist for the National Book Award in 2007. Kirby is the author of Little Richard: The Birth of Rock ‘n’ Roll, which the Times Literary Supplement of London called “a hymn of praise to the emancipatory power of nonsense.” He teaches at Florida State University, where he is the Robert O. Lawton Distinguished Professor of English. Kirby’s honors include fellowships from the National Endowment of the Arts and the Guggenheim Foundation; in 2016, he received a Lifetime Achievement Award from the Florida Humanities Council. His latest poetry collection is Get Up, Please. See also www.davidkirby.com.

One thought on “Thirteen Ways of Looking at a Writer: David Kirby”